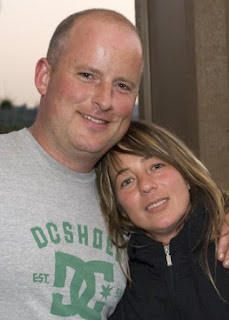 CBC is also reporting that "Lisa Dudley's parents Mark and Rosemarie Surakka are trying to raise money through a crowdfunding campaign to help with the costs of suing the federal and provincial governments. It's been eight years since their daughter was killed. Dudley, 37, and her partner, Guthrie McKay, 33, were shot September 18, 2008 in the living room of her home in Mission."

We are well familiar with this tragic case locally and there is much to say about it. Guthrie McKay and Lisa Dudley were shot in what the police described as a targeted hit. Guthrie died instantly but Lisa was shot while tied to a chair and was finally found alive four days later but tragically died en route to the hospital. There are several tragedies that surround this case. The shooting was itself tragic. The fact that the police officer sent to investigate neighbors' 911 call of shots fired never got out of his car to investigate the shooting was another tragedy. The fact that the RCMP only sent one officer to investigate a shots fired call is yet another. The list goes on.

I want to emphasize that the police did not shoot either of the couple. That was someone else. We need to remember that and remember who the bad guys are, who they worked for and what the motive for the targeted hit was so we know who to place the proper blame on. Yet the police were clearly negligent in this case on both fronts.

June of 2013 CTV reported that "A B.C. Supreme Court judge ruled Friday that a dead woman still has the right to sue, upholding a case with potentially massive legal implications." So the court already rejected the government's obscene claim that the case can't proceed because she is dead. What's new is the fact that the parents have set up a crowdfunding page to raise money for the legal challenge which is something we all should support because it realtes to public peace.

First let's look at the Harper Governments initial obscene response to the court application. The Globe and Mail reported that "a government lawyer said Ms. Dudley had no rights because she is dead, making explicit an argument laid out in the government’s response to the civil claim. 'If a victim has a right of action, it cannot be continued after they are dead,' David Quan told the court." That is absurd. It is a wrongful death suit. That kind of law suit isn't actionable until the party has died. The parents are arguing that the RCMPs negligence in this tragic case violated their daughters Charter Right to life and security.

I am normally the first one to cringe when people misinterpret the Charter of Rights but this case is different. Smoking crack or having the government pay for your heroin is not a Charter Right. That is obscene. This application cites section 7 of the Charter of Rights which states "Everyone has the right to life, liberty and security of the person." This ideal is similar to the US Constitution which secures a person's right to life, liberty and the pursuit of happiness. It relates to the government's Constitutional obligation to provide public peace.

Obviously the government is not responsible for all crime that is committed. Yet since the police are paid with tax dollars, there is an inference that when you call 911 for a life threatening emergency the police will come to render assistance. Failing to do so is negligence.

This case opens Pandora's box because it relates to liability. Can businesses in Newton sue the RCMP and the City of Surrey for not responding to their 911 calls reporting drug dealers selling drugs outside their place of business? They most certainly can.