Now that we have put the Post Media lies into perspective, we can move forward and get past them so we can get on with business. We've already touched on transforming Whalley into the new Yaletown of Surrey and I would like to expand upon that. I keep citing the success of the New York Model. The transformation of East 42nd Street Times Square (The Deuce) is exactly the same as the transformation of Whalley in Surrey.

Recently Harold Munro's snakes and vipers have criticized Dough McCallum's consideration of denying legal pot store permits for Surrey. As I previously said, if Doug McCallum opposes that for Surrey and council agrees with him they are free to do so as are any other duly elected city council. The question is, now that pot's legal, where do we put them? Let's not put them in Whalley. Lets try and build Whalley into something better.

Panchos is a complete sh*t hole. That and the Byrd have got to go. Once we get rid of all that trash we can move better business into the area that will help build the local economy not suck the life out of it like a parasite. That is all we've seen for the past few years and we need to move past that. We've already made huge progress on the Surrey Strip. The new city council can transform Whalley. That goal is now within reach. Give it up for the New York Model. 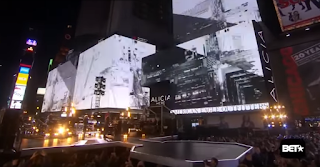