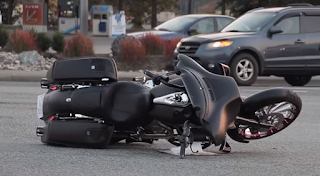 The Abbotsford News is reporting that "A 37-year-old motorcycle driver died of his injuries after a crash with a pickup truck at Sumas Way and Marshall Road on Friday afternoon." He wore a beanie helmet. Those novelty helmets aren't so funny when you get in an accident. I'm sure some would argue that he would have survived if he was wearing a real helmet. Others would counter that he would have been brain dead so it would have been pointless. I can't stand full face helmets myself but I do wear a proper half helmet with a snell rating. That's my personal choice.

Update: The Abbotsford News is reporting that the name of the motorcyclist killed was Larry Nizio. "The collision took place just after 4:30 p.m. Police say both Nizio and the driver of the pickup were travelling south on Sumas Way and making a left turn onto Marshall Road when the crash took place in the intersection. The crash is still under investigation, and police say it will take some time to sort out all the circumstances, as they have received conflicting reports about what occurred." That's because some people who weren't there are lying and making things up. 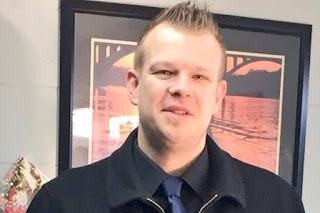 Any death is tragic especially when young kids are involved. This is a video tribute the family made for him. Everything can change in a New York minute. Peace.