A Star is Born with Lady Gaga and Bradley Cooper 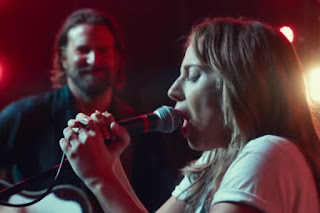 However, her performance with Bradley Cooper in A Star is Born was magnificent. As Lady Gaga said in a recent interview the character she plays is very raw and real. She reveals herself without make up and lets her raw talent shine. I have to admit there are some things in Bradley Cooper's character that I can relate to. I'm not a drunk. I had good parents and I don't struggle with drug addiction. Yet I can relate to his desire to be real and say what you have to say.

I don't share his demons and I don't share his conclusions. If anyone is struggling with addiction it will inspire you to get clean. Or at least it should. Never mind the Notebook, this movie will rip your heart out. It will make a grown man cry. In that recent interview Lady Gaga said playing that character changed her. That's the type of movie it is. Well done. Mad harsh respect.