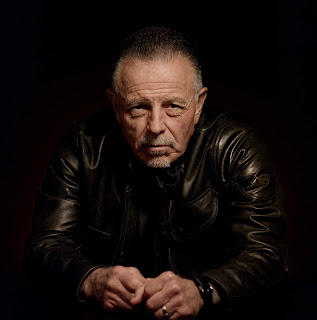 "In the series, Dapagio's character owns a gentlemen's club and is a partner in a new Indian casino, fighting to climb his way to the top of Miami's underworld, following a 19-year prison stint. Along the way, he confronts rival organized crime factions, drug cartels, outlaw bikers and law enforcement, all while dealing with the ordinary challenges of being a devoted father."

As we know George is the former president of the Ventura Hells Angels. He wrote a book Exile on Front Street about his story as well as a fictional novel called Marked: A Story of Lies, Loyalty, Betrayal & Brotherhood. He also put out a legendary DVD called The Last American Outlaw and took his story on the road in a one man play called Outlaw. George is solid.

Before George came on board the new TV series looked pretty lame. It looked like a low budget attempt to glorify the life. Now that George is on board hopefully the series will gain some realism and integrity that the other spin offs lack. Hopefully it will expose the fraud for what it is. There is no L&R in greed. Only in self respect which is not found anywhere in that life any more.

On a related note I will point out the obvious. S&M is not erotica. The deranged mob that thinks it is need to spend some time with Dr. Phil. Ending Sexual Exploitation.org is reporting that "Fifty Shades is not a risqué, passionate romance. It is a story of sexual and domestic abuse."