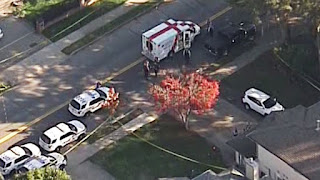 CTV is reporting that "A man has died following a brazen daylight shooting in a residential area of Surrey, RCMP say. Mounties were called to the 6700 block of 130th Street shortly before 2 p.m. Thursday for reports of a shooting. When they arrived, they found a victim suffering from gunshot wounds. 'Despite all attempts to revive the individual they succumbed to their injuries,' police said in a statement." It's OK. Tom Gill has it handled. Not.

Wake Up Surrey is reporting that the shooting victim was 30 year old Sumeet Randhawa.

Tom Gill passes when asked about crime in Surrey