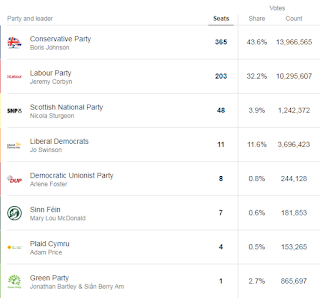 The New York Times is reporting that "Prime Minister Boris Johnson and his Conservative Party won a commanding majority in the British Parliament, a striking victory that redraws the lines in British politics and paves the way for the country’s exit from the European Union early next year." 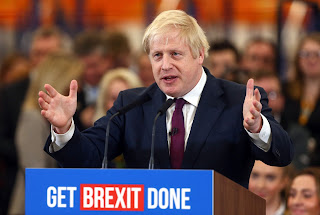 Interesting feedback on Brexit from world leaders. Czechoslovakia said it was bad news for Europe. Donald Trump, said welcome brother, let's do business. Germany said Europe will now have a competitor on our doorstop. Remember all that sky is falling insanity the main stream media was cramming down our throat over Brexit? That was all bullsh*t - project fear on speed.

"For God hath not given us the spirit of fear; but of power, and of love, and of a sound mind."