Dianne Watts has lost her mind 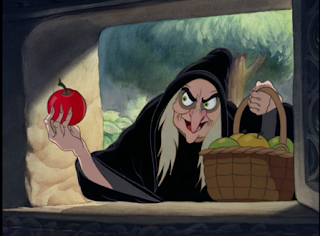 Post Media Trash is really scraping the bottom of the barrel in their ongoing attempt to overthrow the results of a democratic election in Surrey. They have resurrected the old Sea Hag Dianne Watts herself to spew blasphemy all over again. Dianne Watts claims Doug McCallum is acting like a dictator. Reality check: Surrey First was the dictatorship who lost the last election because they refused to listen to voters. Dianne Watts is still in charge of Surrey First. She collected a salary from campaign contributions just like Christy Clark did. Her party lost the election against McCallum because they were defiantly arrogant and fiscally irresponsible.

The council meeting on the budget was a cirrus. It was a shouting match between supporters of the budget and the Sea Hag's trolls. At least now the silent majority isn't silent any more.

Doug McCallum was elected on a promise to implement Sky train over LRT and a Municipal Police Force over the RCMP. Doug McCallum has kept his promise, the no name sleazebags who used McCalum to get elected haven't. It's that simple.

Putting a train on the ground along 104th Avenue in Surrey would have been an infrastructure nightmare. Putting a school of marginalized kids on a traffic island was evil. That was Surrey First. Surrey First put a road through Hawthorne Park despite the public outcry against it. They were the dictators. That's why every single incumbent was defeated at the election. It was a natural consequence of their refusal to listen to the voters in Surrey over the special interests of their campaign contributors.

Vancouver wants Skytrain to UBC not LRT. Commuter trains in Europe run between cities. Running trains on the ground through busy intersections is a recipe for disaster.

Despite this fact, Post Media Trash continued to push for the LRT after the election just like they are continuing to push to keep the RCMP now. Surrey is the largest city in Canada without it's own police force. There is no conspiracy. It's common sense. Surrey's South Asian temple leaders have requested the solicitor general let the city replace the RCMP. Dianne Watts and Post Media Trash once again say f*ck the Temple leaders. No, f*ck you.

When Dianne Watts was mayor she bullied Barinder Raspde. She went so far as to click like on a facebook comment where her attack poodle called Barinder a whore for dating Bob Cheema. Dianne Watts is jealous and bitter when her campaign contributors start donating to other parties. Now she claims Doug McCallum is corrupt because Bob Cheema is donating to him instead of her. She's just a jealous ex. A bitter Sea Hag who has lost her purpose.

Post Media trash is even quoting Bob Bose in their last ditch attempt to keep the RCMP. Bob Bose lost the election against Doug Mcallum back in his day. He couldn't win against him so he ran as a councilor and became a thorn in his flesh stirring the pot at every opportunity. He does not represent the voters of Surrey. He represents a fallen era of bad politics.

Tax payers in Vancouver are complaining about their left leaning city council that raised taxes right before Christmas. Post Media Trash wants Surrey to be fiscally irresponsible and raise taxes too not because the voters want it but because their corporate advertisers want it.

The Now Leader is just three pages of advertising front and back filled with a giant stack of flyers in the middle. There is nothing worthwhile in it. This isn't a battle of the bands. This is a heartfelt mourning over the loss of something sacred. The freedom of the press is very important and Post Media trash has destroyed it. Propaganda sucks. Unsubscribe. 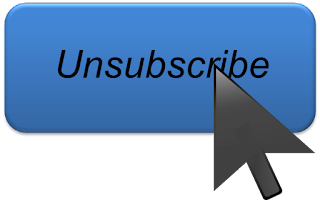