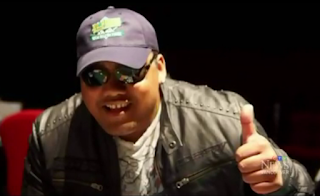 Truo News is reporting that "Halifax Regional Police have charged 15 inmates at the provincial jail in Burnside – including a member of the notorious Marriott crime family from Halifax -- in connection with a serious assault against a fellow inmate earlier this month. Sources says Brian James (B.J.) Marriott orchestrated the Dec. 2 attack in a cell on 46-year-old Stephen Francis Anderson within half an hour of Anderson's arrival in one of the units at the jail."

CBC is reporting that "up to five inmates did the attack, while as many as 30 others formed a human wall to prevent guards from helping the victim." The Marriotts in Halifax are Hells Angels associates. This reconfirms that Sophon Sek, who assisted the Surrey Six murder, is a Hells Angels associate and that the Surrey Six was executed to help the Swine flu take over the Red Scorpions on behalf of the Hells Angels. Which reconfirms that the BC Gang task force is dirty as f*ck for being in bed with the HAs instead of targeting them for drug traficking. Just sayn.