Surrey Boxer in qualifications for the Olympics 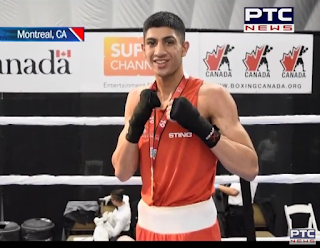 The 2019 Canadian Olympic Boxing qualification tournament was held in Montreal December 16th - 20th. I'm trying to find out the rest of the results. I think Wyatt Sanford from Nova Scotia also made the team. He won both his fights in Montreal.