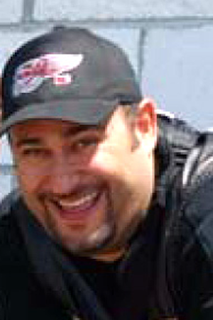 The Star is reporting that "Three Ontario Hells Angels bikers have been charged in a multi-million dollar offshore gambling enterprise that police say has links to mobsters in York Region."

"The investigation originally also targeted Michael (Diaz) Deabaitua-Schulde, a Niagara Hells Angel who was murdered on March 11 after leaving a workout at a gym in a commercial plaza in Mississauga. The gambling operation was linked to the Figliomeni Crime Family of York Region, some alleged members of which were charged in July by York Regional Police in a sweeping investigation called Project Sindicato, Beesley said."

"The three full-patch Hells Angels who allegedly ran the off-shore operation are Robert Barletta, 49, a London, Ont. strip club owner; Craig (Truck) McIlquham, 49, of Oakville; and Eugenio (Gino) Reda, 55, of King City." Why is the BC Gang Task force so f*cking useless?