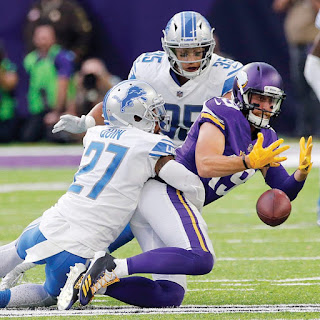 I saw Justin Trudeau's throne speech in the House of Commons addressing the unlawful blockades and it made me want to throw up. Justin Trudeau does not have it right but there is still time for him to get it right if he follows in his father's footsteps and grows a pair.

Junior went on and on about how we don't want to interfere with anyone's right to protest. AYFKM? No one is suggesting that. The freedom of speech is a crucial element of a democratic society. People have every right to stand with a sign and say I disagree. They don't have the right to break the law and infringe on other people's rights. Blockades are not lawful assembly.

Think about it. What happens when a parent tells a child not to do something or else. Then when the child tests the boundaries to see what or else means, nothing happens. That empowers the child's misbehavior. If someone is robbing a bank, you don't say let's sit down and talk about how you feel. You arrest them for breaking the law and robbing the bank.

Justin Trudeau mentioned the Mohawk Nation. Mohawks aren't from BC. They have absolutely nothing to do with this. The conflict is whether or not they should build a natural gas pipeline to Kitimat. All the First Nation tribes along the route have agreed to it. One family from one tribe disagrees with the decision of the rest of their tribe. I understand the hereditary chief's concern. They don't want to give up power. However, we need to ask ourselves why the hereditary chiefs oppose what the rest of their band wants. Maybe that's why their band elected a new chief.

In the interest of self preservation, Junior needs to look at the facts and balance the extremes. The time for negotiation is over because the bandits are refusing to compromise. Natural gas is a huge step forward for the environment. If Germany shuts down some of it's industrial coal plants and replaces them with natural gas, that would have an incredible impact on Europe's air quality. The same with China. If China uses natural gas to get off the coal, then the world will be a far better place. The nutbar extremists refuse to recognize that. They will protest anything and everything because that is what they do. Those people don't vote Liberal, they vote Green.

Likewise, there is no negotiating with Jason Kenny. The guy is an a*shole and doesn't give a sh*t about the environment. His supporters don't vote Liberal, they vote Conservative. So Justin Trudeau has nothing to lose and everything to gain by implementing binding arbitration. After all, that's how we got the Charter of Rights. That was his father's binding arbitration to keep the country together. In fact, let's quote Junior's father in a more serious crisis:

"There's a lot of bleeding hearts around that just don't like to see people with helmets and guns. All I can say is go on and bleed but it's more important to keep law and order in this society then to be worried about weak kneed people who don't like the looks of a soldier's helmet." I agree.

"Conservative Leader Andrew Scheer said Trudeau's call for more talks with the protesters has emboldened radical activists who are intent on holding the Canadian economy hostage." That is very true. Don't forget, in the last election, Justin Trudeau received 33.0% of the vote while Andrew Sheer received 34.4% of the vote. I support law and order. 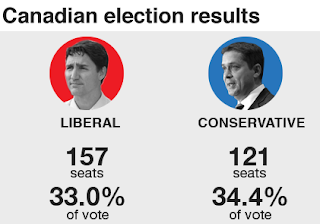 White privilege, brown privilege, red privilege. There should be No privilege. All people are equal regardless of race, color, creed or hereditary title. We support democracies not dictatorships.

On blockades, Justin Trudeau is weak and spineless - even for him

The Vancouver Sun is reporting that "Around 200 Wet’suwet’en members attended a meeting in northern B.C. on Wednesday afternoon to show their support for the controversial Coastal GasLink pipeline being built through their territory. The first speaker at the event in Houston was Russell Tiljoe, a man in his 80s with 10 children whose father was a hereditary chief in the Beaver clan. Tiljoe said he attended the meeting, organized by the Kitimat-based pro-LNG group The North Matters, because he believed in employment."

Shepherd said Williams and Huson were not listening to clan members. “It really makes me sad that our elders and our hereditaries cannot speak because only the select few are allowed and I really don’t believe in that,”

“These protesters are getting one side of the story,” he said. “They want to stand up with their fists in the air, but I say come and listen to us and get the other side of the story before you go out there and stop traffic and stop the railroad. All you are doing is alienating our people who are trying to put a roof over their heads and food on the table.”