Conrad Black on Law and Order 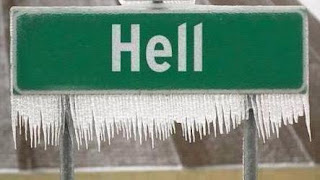 I guess Hell just froze over. Conrad Black and I actually agree on something. Historic grievances Indigenous Canadians have had with the Canadian government has nothing to do with opposing the democratic will of the Natives living in Wet’suwet’en territory who have approved the natural gas pipeline as benefiting both them and the environment. It's not about Past History.

The Communist extremists that are determined to overthrow the democratic will of Canadians is disturbing and needs to be opposed. People have the right to protest but they don't have the right to prevent other people from going to work. We support free speech as well as law and order.

"Our sorrow does not mean we must accept the claim by some Native leaders that the government of Canada has no right to set foot on designated territory. Indigenous Canadians have the same rights against trespass as any other Canadians, but the government of Canada can deploy federal police and where appropriate, the armed forces, everywhere in the country as necessary to enforce federal laws and rights." Indeed, so send in the Canadian Rangers. 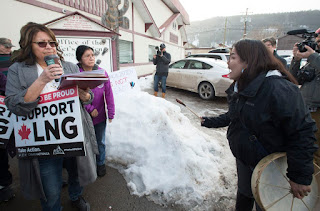