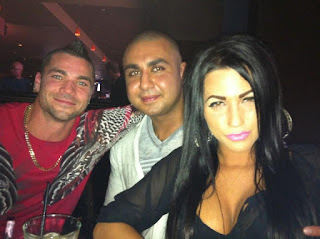 Vicnews.com is reporting that CFSU and VicPD have busted two of the top-level drug traffickers for Greater Victoria. Police arrested a 37-year-old Langford man and a 27-year-old Saanich man on June 6. Both have a history of violent crimes, drug trafficking, and ties to organized drug crime in the Lower Mainland.

"These guys represent the top of the food chain for the Greater Victoria area," said Staff Sgt. Conor King with the Victoria police. Both men have been released and no charges have been laid yet. CFSEU expects charges to be filed within "a month or two."

The two suspects were arrested at a residence in the 2700-block of Peatt Rd. in Langford. Investigators also searched a home in the 2700-block of Claude Rd. in Langford and in the 500-block of Heatherdale Ln. in Saanich. From the three locations, officers seized 28 pounds of marijuana, two kilograms of cocaine, 1 kg of crystal meth, 10 L of GHB, 200 pills of ecstasy and 1 kg of a "buffing agent" used to cut cocaine, 9 mm ammo, scales, a money counter and gun holsters. The grow had a medical license that had to have been approved by their landlord.

One source claims the suspects are Zachary Scott Matheson aka Ziggy and Ali Ziaee. Ali’s father was convicted of money laundering in Florida. The source claims they recognized Ziggy's house on the 5:00 pm news and said it was owed by prominent realtor Shirley Zailo. Ziggy lives at the 2700 block of Claude Road. The same area one of the police searches. Ziggy is friends with Jason Zailo, the son of their landlord. Jason is Lindsey Buziak’s ex. This is a big bust indeed.