Coal in China from Surrey 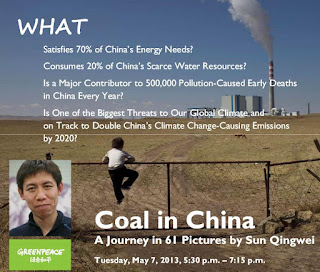 There’s a lot of talk about coal these days. The Huffington Post recently ran an article on the Chinese Coal Bubble while a blog reader just sent me this article about the pollution in China from their use of coal. Coal was an important fuel source that started the industrial revolution. Yet in our day, we can see the effects of coal and can clearly see the impact it has on the environment. 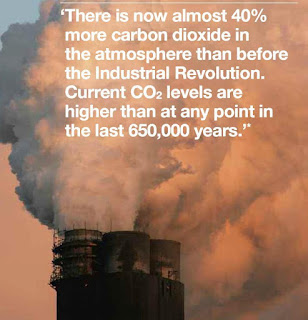 Coal-fired power plants are a major source of greenhouse gas emissions. There are health problems involved in mining the coal and the burning of coal. In Wales where coal was mined the rivers ran black from coal dust. That destroys fish habitat and the ecosystem we live in. 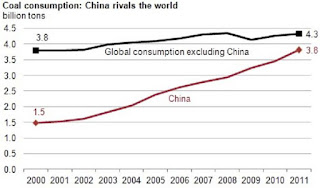 China is the world’s largest consumer of coal. They have suffered greatly from it’s effects both in their water and their air quality. Cleaner energy technologies are becoming more competitive and more accessible. The next decade will be crucial for countries - especially developing nations - to make the right energy choices. We should be sporting the right choices not making a quick buck off the bad choices. 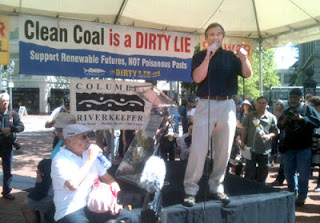 Protesters in Oregon rejected exporting coal in their ports. So once again Surrey gets a proposal that no one else wanted. Exporting coal in the Surrey docks will be a quick buck but it is not a responsible sustainable choice for the future of the planet or the residents of Surrey. Wherever there is coal dust, health problems are associated with it. New Westminster city council says No but Godzilla says Yes. That is not progressive.

Burning toxic garbage in Surrey is not a progressive solution to landfill sights. It’s just a way for another corporate polluter and campaign contributor to make a quick buck at the planet’s expense. In contrast, Surrey is planning on the building largest organic biofuel facility in Canada.

The Surrey Now is reporting that “the $65-million facility will convert 80,000 metric tonnes of organic waste per year into compressed natural gas. The renewable fuel will be used by FortisBC and will also power a fleet of 52 waste trucks in Surrey's Rethink Waste program.” One step forward, two steps back. Ross Buchanan writes for the White Rock Sun now and has just posted an article about this very issue called Our Dirty little Secret.