Canada can’t account for $3.1 billion in anti terrorism and millions in black assets 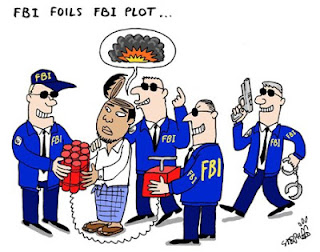 I’m sure we’ve talked about this before but I just saw it on the news again tonight and I thought it would be timely to restate the obvious. The Harper Government can’t account for $3.1 billion in funding for anti terrorism. It’s missing. Unreported. They don’t know where it is.

Let’s pause for three seconds to think who is in charge of anti terrorism in Canada - CSIS. They are inherently untrustworthy. Even the CSIS watchdog has been charged with fraud and was caught sending money to an Israeli arms dealer tied to Iran contra. We remember Iran contra. Arms dealing, drug smuggling and money laundering. Enough to crash banks.

Putting this in perspective, the day before 9/11 Donald Rumsfeld admitted that the Pentagon couldn’t account for $2.3 trillion in spending. That’s not how much they spent, that’s how much they couldn’t account for. That is a huge amount of criminal activity. Canada missing $3.1 billion is equally disturbing. They actually spent $12.9 billion on anti terrorism. They just lost $3.1 billion of that amount.

Especially when all these foiled terrorist plots were actually entrapment where they set up the attack themselves. Or in the case of the Toronto 18, provided them with the explosives. Especially when a lot of people think the Boston Bombing and the via rail scandal were false flag attacks. As soon as a secret intelligence agency talks about committing false flag attacks on it’s own people, that’s when we need to make them more financially accountable, not less.

Last year it was reported that Canada's special forces are having a hard time keeping track of the money they spend on ‘black assets.’ They lost millions of tax dollars. Or at least failed to report where it went. That contempt for public accountability is an assault on our democratic system. What are black assets anyways? Something like black prison sites – things we should not be funding in the first place. 20 prisoners disappeared in black prison sites that don't exist.

Funding things we shouldn’t be funding and losing a large portion of those funds is a huge concern for democracy. So is Harper’s new mask law where a protestor could face ten years in prison for wearing a mask at a protest. That’s more than someone gets here for rape or manslaughter. Perhaps we should be more concerned about those violent crimes than doing away with lawful assembly. I don’t agree with rioting or looting and I don’t think people should cover their faces during a protest, but ten years for wearing a mask at a protest when they aren’t looting or breaking the law, that is very disproportionate to the violent crime that needs to be addressed. Harper is no conservative. He is taking us to Bilderberg in a hand cart. 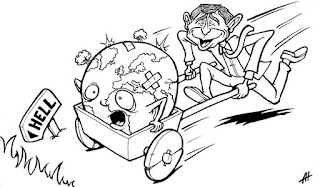