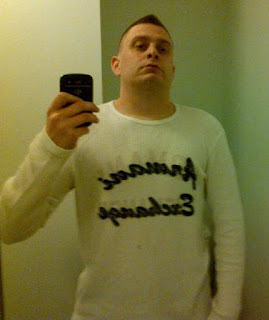 Evidently we need to review just who EMCEE Dusty really is. The guy the young kids involved in the brutal sexual assault in Prince George all support. EMCEE Dusty Dustin Lee Pierini.

Dustin was an associate of Scott Payne who cut off a guys finger for a $170.00 drug debt and put it in a box to show people. During Payne's first trial, the court heard how the Crew also tortured one victim with a Taser and bashed another with a medieval battle-axe.

Dustin Lee Pierini is listed as a rapper for Crack Shack Records. Dustin has quite the criminal history June of 2011 he was caught trying to get into a pub with a loaded .45 after getting in a fight with someone. After fleeing when police arrived he was also caught in possession of cocaine.

Yet January of this year the Prince George Citizen reported that “Two Prince George men have escaped jail time for their roles in a scheme concocted by a well-known local criminal to intimidate some rivals.” The two men were Vincent Junior Joseph and John Paul Horth. The well known local criminal was Dustin Lee Pierini. That criminal act of intimidation involved a sawed off shotgun. So much for the lifetime firearm ban. 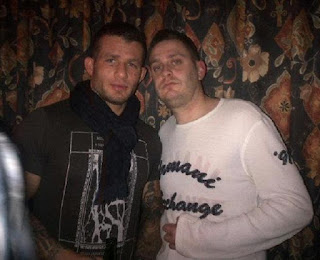 Here he is posing with Independent Soldier and Hells Angel associate Ryan Chappie.

You can’t sue someone for defamation if they’re telling the truth. BTW up until now my sources weren’t 100% sure EMCEE Dusty was you. Thanks for confirming that for us. If you hadn’t sent me an e-mail with your facebook picture in the header I never would have found your facebook.