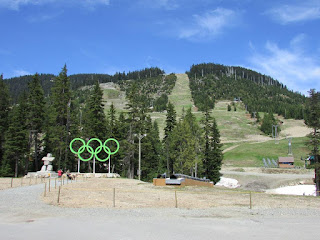 Lots of snow at the top of Lion’s Chair and all the way up Sky Chair. 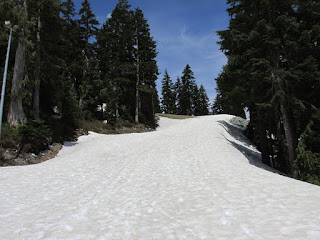 Nice to get a snow fix in June when it’s summer everywhere else. 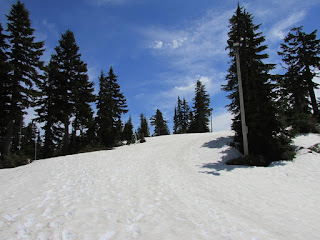 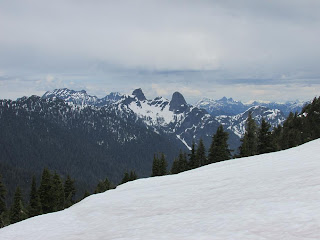 Yesterday I visited my father’s grave. Grateful for the life lessons he left me. I remember one time speaking about fatherhood and giving a tribute to my father. After the fact he gave me hell for not mentioning my mother. I thought that was a given. The talk was on fatherhood. He did have a good point though. You can’t respect the one without respecting the other.

It’s interesting how many people get religious all of a sudden at funerals. Most of the tombstones have some kind of reference to God and the after life. As Russell Crow said in the movie Gladiator, what we do in life echoes in eternity. When I was young I remember an old timer that rode a shovel head. He would always joke around and had a very tough image. Yet he would always turn to me in private, look me in the eye and say having kids was the best thing I ever did. I guess it helped instill in me a desire to have kids of my own.

Parenthood, the toughest job on the planet. The most rewarding as well. There’s nothing more gratifying than seeing your kids succeed. Nothing more heartbreaking than seeing them stumble. It is without question a roller coaster ride to remember. Sometimes it just makes you grateful to be back on dry land.

Elijah talked about turning the hearts of the fathers to the children and turning the hearts of the children to their fathers. Metallica quoted that in one of their songs. Banned by the light, I’m on the left. Come follow me, I'm the one or I’ll make you pay the curse of Malachi. Somewhat Satanic. I wonder who the light is that banned them they referred to. Kinda misquoted Malachi’s curse as well but I suppose that’s to be expected when one follows the father of all lies.

I guess there are good Dads, there are bad Dads and there is the freedom to choose what kind of Dad we will become. Even Skeletor is a Dad. I’m not saying he was a bad Dad. I’m just saying the lifestyle that made him rich was bad and set a bad example for his kids. Doesn’t matter how nice he was to them. They all profited from the proceeds of crime and the violent misery that profit came from. Thankfully, there are still some things that money can’t buy. Choose wisely. 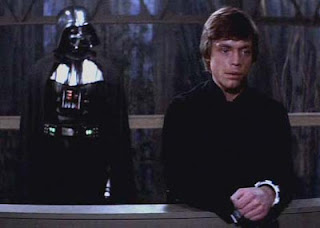