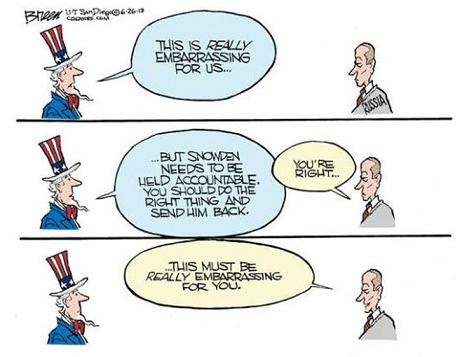 While we’re on the subject of Big Brother spying on you, controlling the media, seizing control of your car and taking away your guns, there’s more. US News is reporting that "The Department of Defense is blocking online access to news reports about classified National Security Agency documents made public by Edward Snowden. The blackout affects all of the department's computers and is part of a department-wide directive.”

"Any website that runs information that the Department of Defense still considers classified" is affected, Pentagon spokesman Lt. Col. Damien Pickart told U.S. News in a phone interview. According to Pickart, news websites that re-report information first published by The Guardian or other primary sources are also affected."

This doesn’t affect personal computers, yet but the blanket directive is very disturbing. Whatever they consider classified information they will block. Sounds a lot like Communist China. What happens when the NSA expand their sphere of influence in what computers they start blocking what they determine classified information?

The classified information they are blocking is the fact that they have been violating the US Constitution and their oath of office by spying on people without warrants. 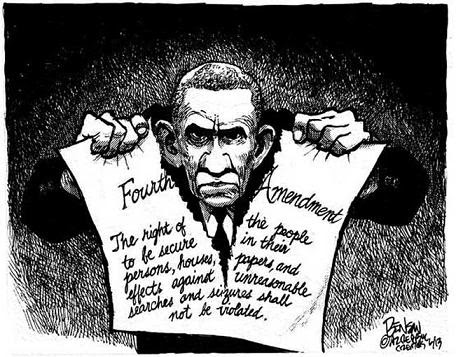 So now the whistle blower is in hiding and Obama wants to give him the death penalty. Just like he charged the whistle blower who leaked out the fact that the CIA were water boarding prisoners without a trial. Obama has broken his election promises to close Guantanamo Bay and to clean up corruption because he was a plant. The CIA paid for his education. He said one thing and did another. He is daily violating his oath of office to preserve and protect the constitution from all enemies both foreign and domestic.

So the question is, why is the department of defense blocking this true information from all it’s employees? They don’t want all the soldiers who work for them to know they have been violating the constitution and their oath to preserve and protect it?

Glenn Greenwald, a journalist for the US edition of the Guardian which was blocked, speaks out about the ramifications of this scandal. Ironically enough, he also spoke via Skype to a Socialism conference on Big Brother’s spying. That certainly is the pot calling the kettle black. Socialism is Communism. It is the road to dictatorship. The only way democratic socialism can truly exist is within a Constitutional Republic where civil liberties are protected by law. Otherwise we’re just jumping out of the frying pan into the fire.

In contract, the Communist Manifesto is full of sound and fury based on lies. There is no social justice when you implement a manifesto stripping civil liberties instead of a constitution protecting them. The Empire’s Manifesto is in opposition to the Republic’s Constitution. Our task is not to be swayed by more lies and removing the constitution. Out task is to preserve and protect the constitution from all enemies both foreign and domestic. Why on earth would we give Liu Xiaobo the Nobel Peace prize then turn around and give Edward Snowden the death penalty? 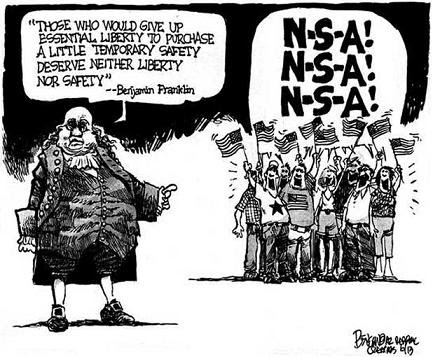