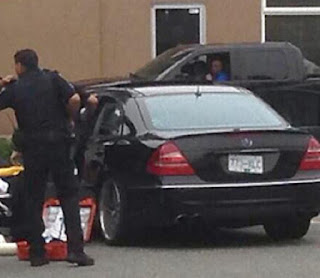 A south Asian male was shot dead in an Abbotsford drive by around 5:00 PM yesterday. The victim has been identified by police as 25-year-old Harpreet Chahal who is known to the police and has been killed in what police describe as a targeted gang related shooting.

Kim Bolan is reporting that Chahal is an associate of Clin Clown who has been charged in the Kelowna shooting of Jonathon Bacon. I guess that would make Chaha a Dhurry Dhak associate continuing their extermination in favor of the Hells Angels control of the drug trade.