Surrey Trailer Park full of crack and no one cares 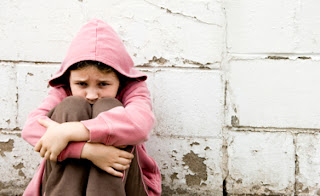 The Vancouver Province reported on a story about a 16 year old girl who wrote to the mayor about the horrible crack problem where she lives in Surrey. She was excited to get a response that said the police would be in touch with her but that excitement was short lived. Nothing has changed and no police showed up.

Godzilla seized the media opportunity and said the landlords shouldn’t rent to people who sell crack or are involved in the sex trade. No kidding. Maybe she’ll give herself another award for such a ridiculous statement. The girl is reporting crime. You’d think they’d do a little more than tell her to move to another neighborhood. It really makes you wonder who is profiting from all this money laundering.

It’s like the dead zone where Janice Shore was murdered. No one really cares about the drug related crime there. They just want to pretend it doesn’t exist and threaten to sue you for claiming it does. Years ago it was Doug McCallum who put pressure on the crack houses in Surrey. The City would evict them onto the street. I saw it. Godzilla just rode his coat tails. After him, it’s just been a lot of sound and fury signifying nothing.

There is a serious drug problem in that trainer park that needs to be addressed. Having Laura Balance send out a few press releases to distract everyone will not change that fact. Something needs to be done and right now nothing is other than rage, denial and the suppression of crime statistics.

Also in today’s Vancouver Province and on the front page of today’s Surrey Now is a story about several woman assaulting another woman at a kids sports day in Surrey. This is what we mean when we refer to Surrey trash. These pieces of garbage should be ashamed of themselves. Ganging up on a woman is one thing but doing it at a kid’s sports day is another. It boldly declares they are what they are – Surrey trash. Not everyone is Surrey is like this but there is a big enough of a problem for it to be addressed not lied about. 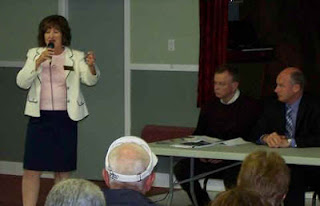 Update: Of course since the problem made the paper, Godzilla stepped out of her ivory tower long enough for a photo shoot to misinterpret the concerns and spin in into something it isn’t. In today’s Vancouver Province it reports that: “The 16-year-old Surrey girl is being lauded as a local hero after she emailed Mayor Dianne Watts to plead for an intervention at her crime-riddled trailer park, which she said has been taken over by drug dealers and prostitutes.” The concern is crystal clear.

Yet Godzilla spins it into something it isn’t. "You can clearly see that there are areas kept up well, but there was a fire at one of the units and it's clearly not cleaned up," said Watts, who spent about a half-hour walking around the trailer park.” That’s just spin and rationalization of her bullsh*t image.

"The residents' general concern was that the landlord had not been taking care of the premises that he's renting to unsavory individuals," she said, adding that bylaw officers handed the landlord a number of tickets.” No, you’re not listening. The problem is the criminal activity surrounding the drug trade. That is a policing problem. She even has the audacity to claim it’s a tenancy issue that falls under provincial jurisdiction.

How can anyone with a conscience spin that? The paper got it right. The problem is the drug related crime. Something that Laura Balance and Godzilla don’t like to admit exists in Surrey. Something they most certainly don’t want to solve. If Dianne Watts and Bill Fordy won’t deal with drug related crime, then it’s time we elected someone who did.

This Surrey First scam has been one big political con. It all started with a dramatic fanfare of a crime fighting coalition. She promised to highlight high crime areas on a web site – never happened. She even had someone speak about the New York model. Only it was never implemented. The only thing that happened was a suppression of crime statistics and a media spin. Nothing has changed since the public crime prevention meeting five years ago where Whalley residents in the “dead zone” complained about the police letting crack dealers sell crack in public. Nothing has changed.

The problem in this girl’s neighborhood is crack, crystal meth and drug related prostitution which brings a huge amount of public health and safety concerns. This is criminal activity that children should be protected from. They’re not doing it. What needs to happen is the police need to arrest the crack and meth dealers. I don’t give a rat’s a*s about grow ops. We need to prioritize arresting crack and meth dealers. Not the addicts, the dealers. That is the New York model. Quoting the New York model and not following it is what Macbeth described as a poor player that struts and frets his hour upon the stage then is heard no more. It is a tale told by an idiot full of sound and fury signifying nothing. God help is. Godzilla sure won’t.