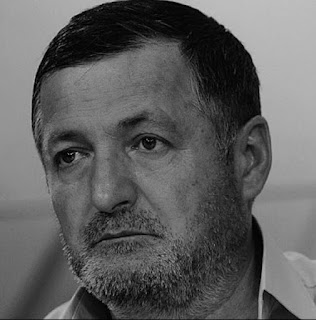 The Vancouver Province is reporting that “The remaining suspect in the Boston Marathon bombings has recovered enough to walk and assured his parents in a telephone conversation he and his slain brother are innocent, their mother said on Thursday.”

“Meanwhile, the father of a Chechen immigrant, killed in Florida while being interrogated by the FBI about his ties to the slain brother, maintained U.S. agents killed his son 'execution-style.' Abdul-Baki Todashev said his son suffered six gunshot wounds to his torso and one to the back of his head.”

The Boston bombing story doesn’t make sense. FBI claimed they shot the suspects who were throwing pressure cooker bombs at police. Really? Pressure cooker bombs? That’s not like a hand grenade. It’s worse than throwing a shot put. They’re not going to be able to throw them very far.

As I said before, Alex Jones isn’t the only one who thinks the Boston bombing was a false flag attack. Glen Beck thinks it was too. There are two events we have to look at. The attack on the USS Liberty and Operation Northwoods.

We’re coming up to the 46th Anniversary of the attack on the USS Liberty. In 2010 the survivors of the USS Liberty attack were calling form a congressional hearing to expose what really happened and why they have been threatened into silence for all these years.

Alex Jones put out a very good documentary of the attack showing that President Johnston recalled the air support for the USS Liberty. Although treasonous trolls called Alex Jones a liar, this BBC documentary a blog reader just sent me confirms his findings. Start at 26:00 into the video.

The US had planes in the area equipped with nuclear missiles and had actually launched them to attack Egypt in retaliation for attacking the USS Liberty. Only when the Russian spy ship entered the waters to witness the false flag attack, the mission was called off as was the bombing of Egypt. The commander of the 6th fleet asked to send air support to the USS Liberty when it was under attack. Robert Macamara refused to authorize it. When the commander sent them anyways, President Johnston himself recalled the air support.

That was treason and Operation Northwoods is the only feasible explanation. Israel knew it was an ally. They knew what radio frequencies they were on to jam them. They were under American orders to sink the vessel. This needs to be examined more closely. President Johnston and Robert Macamara are traitors and history needs to recognize them as such. 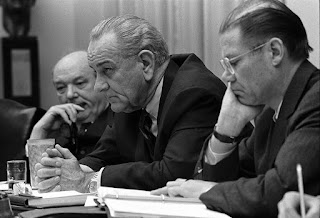 The fact that they were going to nuke Egypt and actually had planes in the air with nuclear missiles on their way to bomb Egypt is to me astounding. Obviously the value of human life is a huge concern. Civilian casualties. Yet setting the human life atrocity aside, what about the historical and archeological destruction? The Pyramids? The Sphinx? The Cairo Museum? These are treasure chests of world history. Nuking that at all is complete irresponsibility. Nuking it based on a premeditated lie is just plain evil.

The fact that they launched those planes means that attack was planned ahead of time. Planes were in the area and nuclear equipped. The fact that they launched them against Egypt claiming it was in retaliation for attacking the USS Liberty but refused to send air support for the Liberty when it was under attack is outrageous and is evidence of the false flag plot. It wasn’t just a matter of embarrassing an ally. All they had to do was ask them to call off the attack. Hey guys it’s us, you got the wrong ship. Launching planes to nuke Egypt but refusing to send air support to stop the attack is a deep betrayal of the American people and the civilized world.