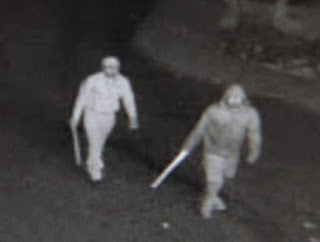 When I first read that a temple was vandalized in Surrey, I assumed it was a Sikh temple. Not so. Turns out it was a Hindu temple and surveillance video footage shows what appears to be two Indo Canadian male suspects. They even left a baseball bat with a Sikh logo on it to leave their message of hate. The police refer to it as public mischief but community members are calling it a hate crime and rightly so.

Just after that twisted billboard of hate springs up to preach intolerance here. The billboard was of an older Sikh man with his turban removed being kicked by police. One local terrorist claims that Sikh genocide is a Canadian issue. He forgot to mention the fact that the reason they were kicking him is because they had just murdered Gandhi. Not the original, a subsequent prime minister of the same name. The Air India bombing is a Canadian issue.

Obviously mistreating an elderly man is unacceptable. Yet so is the ridiculous claim calling it a genocide pretending they weren’t equally to blame for the conflict. I’m not saying either side is right. I’m saying there is no place for that kind of hate and intolerance here. It’s like a similar case here in Canada involving two people from Northern Ireland.

A local originally from Northern Ireland meets another person from the Northern here in Canada. So where are you from they ask? Knowing that if they tell them exactly where they’re from it would reveal what side of their conflict they were affiliated with. The person chose not to answer so they pursued the matter. No really, where are you from? The person just turned to them and said, you know, I really left all that behind. Nobody wants anything to do with the old conflicts here. Well said. Likewise nobody here wants anything to do with the hate and intolerance that went on back in India many years ago. Terrorists calling it a genocide is really offensive.

A couple days ago I was waiting in a line at a shop in Surrey. An Indo Canadian mother in front of me wore a black headpiece like the younger men wear before their full turban. She also wore a black hoodie with a sword and an AK 47 on it saying defenders of the faith. I was shocked that anyone would walk around with a black hoodie promoting terrorism because that’s exactly what it was. She might as well have been wearing a KKK hood. It represented the same thing.

Sikhs are welcome here. So are Hindus. Hate and intolerance is not. When people promote hate and intolerance it diminishes that entire community. It’s like the terrorist float at that Indo Canadian parade in Surrey. As soon as they allow that, they endorse that and all that it represents – terrorism and murder.

Dave Hayer’s father was murdered for speaking out against the Air India bombing. I lived near him at the time and saw the police tape when he was shot. Kim Bolan wrote a book about how the terrorists in the Air India bombing got away with murder. It’s surprising to find out who helped them. 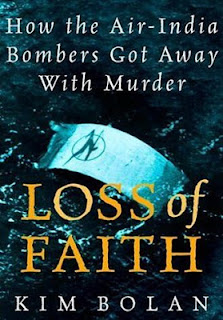