The Hells Angels and Stock Fraud 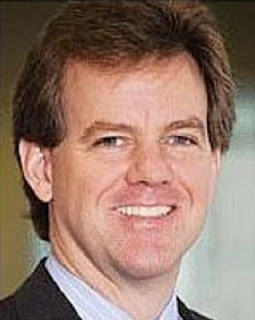 David Banes, the stock fraud expert from the Vancouver Sun put out an interesting article two blog readers just sent me. In the article he asks Are the Hells Angels financing the illicit promotion of dubious penny stocks in B.C.? He claims he has discovered evidence that raises that distinct possibility.

Although the RCMP declined to provide any information on the gambling enterprise David Banes connected the dots and discovered that it was an Internet gambling enterprise involving London Hells Angel Rob Barletta. Barletta was arrested along with Toronto Hells Angel Billy Miller tied to Platinum SB, an offshore betting site in Costa Rica with an active client base in the GTA.

Police said the gambling site provided the Hells Angels and their partners in traditional organized crime groups with millions of dollars, which fueled other crimes, such as human and drug trafficking. Whether any of that money was destined for illicit stock promotion purposes is not clear, but it certainly raises that rather disturbing possibility. I believe Alex Caine is going to touch on this in his next book about the Hells Angels due to come out this fall.

March 29 David Baines reported that Speckert has also been closely associated with longtime West Vancouver stock promoter Ingo Mueller, who has been in regulatory trouble here and in the United States. Remember the VSE? The VSE was shut down because of it's coruption being filled with fake pump and dump stocks.

By dealing through a Swiss-based company he can invoke Swiss secrecy laws, as he is trying to do with the B.C. Securities Commission. But almost everything else about him and his services appears to be Canadian. He was born and raised in Canada, and currently lives in Minden, Ont. Many of his clients reside in Canada, more particularly Vancouver. And many of the bulletin board companies he deals with are either based in Vancouver or have strong connections to Vancouver.

Dare I say who else uses the shell game to hide their tracks?

March 28 I reported on a Surrey father and son involved in an international stock scam. Two San Diego lawyers helped the pair hide their involvement in the company and provided misleading legal opinions. Former Vancouver geologist and mining executive John Gregory Paterson pleaded guilty to four of nine counts of fraud September of 2012. August of 2012 five from Surrey were accused of stock manipulation. Something the oil companies do all the time.

Posted by Dennis Watson at 2:54 PM