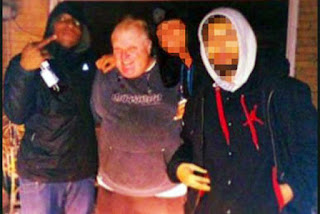 I haven’t said anything about the latest Rob Ford scandal because I think it’s highly unlike Rob Ford smokes crack. Not because he said so since he’s a lying drunk, I just personally think it’s highly unlikely. At least I did at the time. We know he’s an abusive drunk. We know he lied about getting kicked out of a hockey game for being drunk and abusive to a couple at the game then later admitted it was him.

We know he was caught with weed in Florida when he was pulled over for a DUI and refused to blow. We know the police were called to his home in response to a domestic abuse call where he denied hitting his wife but admitted they had marital problems and claimed they were staying together for the kid’s sake.

We know he was driving around in a van with a personal license plate talking on the cell phone and a mother and daughter claimed he gave them the finger when they told him to get off his phone while driving. He admitting talking on his cell while driving but denied giving them the finger. Sadly, Rob Ford just isn’t credible and it has nothing to do with him being left or right wing. It’s about him being an abusive liar.

I find the whole claim that a video of him smoking crack exists but mysteriously disappeared suspicious. Yet one media outlet claims reporters saw the video before reporting it. This picture of Rob Ford with a drug dealer who has since been shot is pretty bizarre. Locals claim the house people claim the photo was taken in front of was indeed a crack house and they have a hard time believing the mayor was there. Another outlet claims Ford went to school with one of the inhabitants and partied there often. We know he likes to party. Him saying he doesn’t smoke crack is very different from him saying he has never smoked crack. Him saying he’s not addicted to crack doesn’t mean he’s never smoked it.

Although one media outlet said it would be impossible for someone to fake a video of Rob Ford smoking crack, this one youtuber showed it is possible. The short five second clip of rob ford smoking crack on the internet was taken from the fake video. Yet the picture of him with a drug dealer and then claims of him partying with a high school friend who lives in a crack house are very hard to ignore. As is the Toronto Star’s description of the video they saw. Two reporters from the Toronto Sun state what they saw in the video. That’s pretty credible.

Nevertheless, I think all the drama this guy gets is somewhat over rated. The fact that he is mayor of Toronto knowing his drunken abusive history is quite astonishing all on it’s own independent of his political beliefs. This smoking crack video just takes the cake. Rob Ford: A timeline of denials 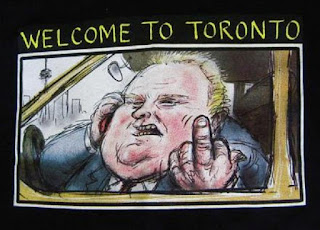