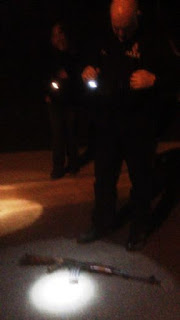 Speaking of Newfoundland Bacchus in Fort McMurray, turns out Newfoundland is experiencing a rash of drug related violence police say is linked to the Hells Angels. A car was firebombed on Friday then later that night two houses were shot at with an assault rifle in a drive by in Saint John's, Newfoundland. VOCM is reporting that the fire bombing scorched two homes, a Mercedes Benz, and a Harley Davidson motorcycle. On Dauntless Street an assault rifle damaged two properties and three vehicles. Johnston says the weapon has been recovered.