We mentioned the drug related home invasion in PEI that Jason Yeo was involved with. According to facts read out in court, Chase Roper and his accomplices robbed the man because they were under pressure to pay drug-related debts. Gee I wonder who they owed the drug debts to?

Roper pleaded guilty to armed robbery, wearing a disguise and assault with a weapon. He also pleaded guilty to trafficking cocaine. He was caught in an undercover police sting that was underway at the time of the home invasion. Federal prosecutor Scott Barry said cocaine trafficking on P.E.I. has international links to organized crime. Gee, I wonder which organized crime group? The victim of the home invasion also faces drug charges. Great. Another drug rip to pay off more drug debts. It’s one big vicious circle so it is. 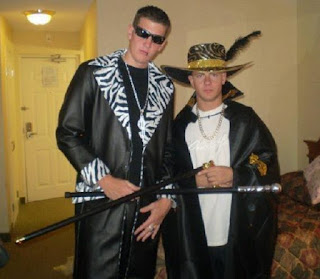 In 2005 a member of Bacchus named Derreck Dean Huggan was arrested in a cocaine trafficking ring connecting Halifax to PEI. Huggan ran a Hells Angels support shop called Route 81 in Charlottetown that sold Hells Angels support gear. In fact, above is a picture of drug trafficker Jason Yeo with Cory Falls, who is son of Bobby Falls, the president of the Charlottetown Harley Club. Cory is the taller one on the left, Jason is the shorter one on the right. CSIS claims some members of the Charlottetown Harley Club sell drugs for the Hells Angels, (bottom of page 30) but nobody trusts CSIS. 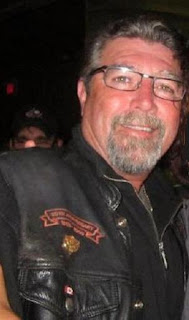 This is a picture of Cory’s father Bobby. An innocent friendship and association of course but it does make ya wonder just how far the MC movement is degenerating back east. We know Bacchus have been charged and convicted of supplying the Halifax prison with drugs. 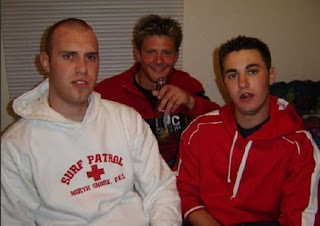 Sadly, that’s not all. In this picture Jason Yeo is in the middle back with Kyle Dingwell on the left. Kyle is now dead. Tragically he was shot by his younger brother Dylan and even more tragically Dylan was found guilty of manslaughter in his death. It’s a sad story in more ways than one.

A lawyer for CBC argued for the release of 911 tapes at Dylan’s trial and got them. That’s how it’s supposed to work. Yet it shouldn’t have taken a lawyer and a court order to get them. Evidence submitted during a trial falls under the freedom of the press. The only time a publication ban applies is if it was evidence discussed when the jury wasn’t present or if there is another case ongoing that evidence might prejudice.

The Surrey Six trial falls under that provision. It’s a mess. The trial is divided up into three separate trails in addition to the police misconduct trial involving the IHITit officer who slept with a key witness and the officers who covered it up. Publicizing evidence in one of those trials before the other trials run their course could prejudice those other trials. That’s why I’m not covering the case. That and the fact that I don’t want to do anything to screw it up because it is such an important case. I will add that when all of those cases have run their course, all of the evidence in all of those trails would then fall under the freedom of the press.

In the Dingwell case, Dylan was Kyle’s younger brother. Kyle was older and bigger than Dylan and always beat him up to get his way. Court transcripts allege drugs were involved as in a drug binge distorting one’s behavior. Kyle took Dylan’s car again without permission then beat him up when Dylan expressed his outrage. Dylan left the house after getting beat up and went to his car. Dylan came out of the house to pursue the matter and was ready to bear spray him after he had already assaulted him. Dylan pulled out a gun and shot him in self defense yet was convicted of manslaughter. He should have chosen trial by jury.

The moral of the story: Drugs mess you up. Just like the case in Surrey where a guy killed his room mate by shooting him in the neck while on a crack binge. Crack kills. In more ways than one. Word.