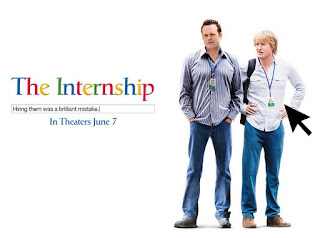 I was feeling in a bit of a lighter mood and saw Internship today with Vince Vaughn and Owen Wilson. I saw GI Joe Retaliation and Fast and Furious 6 and really enjoyed the well done dramatic action. This one I was expecting to be a bit lighter and a bit comical. It was that and more. It was an uplifting comedy but it was also inspiring and showed the worth of a soul.

Two salesman find their company went under and were forced to look for new work in a very different market. They apply for an internship at Google and find themselves competing against an army of brainy kids just out of high school in a field they know very little about. I can relate to that.

Their team of left over misfits pulls together and shows what it means to care about each other. Fat Joe is a popular rapper and nobody cares about his weight. He has swagger. I don’t think Ricky Ciarniello is disgusting because he’s fat. I think he’s disgusting because of what he is, what he does and what he misrepresents. The Devil’s Butler is a deranged history that none of those clowns should be proud of.

The thing that struck me about the movie was the fact that these old guys who could easily have been cynical about a world that left them behind, found out that many of those younger kids were just as if not more cynical then them about the future. They said that only 25 percent of kids out of school will find jobs. That’s just the way the world is now. The older guys helped the younger kids lift their heads up and see more opportunities waiting for them if they were just prepared to think outside the box. Caring about people made the movie a real inspiration.

Contrast that with the selfish it’s all about me and my 1% world and we see a very different reality emerge. Others have compared the Biker 1% with the Wall Street 1% of corruption and greed. The biker 1% is all that and more. The drive to be a criminal is a very misplaced mid life crisis. The violence that greed creates is extreme. The old ideals of military sacrifice for the well being of others is completely lost in the obsession with greed and materialism. Yet if we just stop and look up we can see a better world all around us. 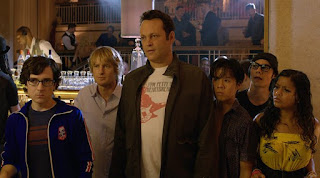