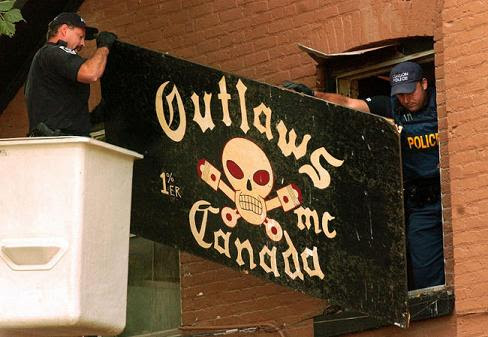 We mentioned the Outlaws were having a gathering of sorts in Newfoundland in July. I didn’t realize it was this week end. It’s in Grand Falls-Windsor where they have a new chapter. I wonder if they’re gonna invite butkiss along or if they’re gonna use them as target practice.

January 2012 it was reported that known members of the Outlaws MC were busted on drug trafficking charges near Redcliff outside Medicine Hat. They were found in possession of a small amount of cocaine and faced firearm charges. I missed that. The point is they were in Alberta.