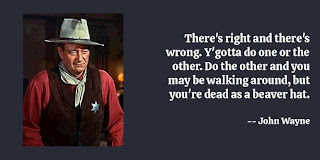 CP 24 is reporting that "A male is dead following a shooting in Brampton early Monday morning. It happened at around 5:35 a.m. outside a residence near Veterans and Wanless drive, in the vicinity of Mississauga Road and Sandalwood Parkway. Police say that officers found the victim inside a vehicle in the driveway of the home. Paramedics attempted to treat the man, however he was ultimately pronounced dead on scene."

Kim Bolan is reporting that the name of the victim is former Surrey resident Sameh Ali Mohammed. OK so she got the name before any other news outlet. Who do you think gave her that information? It was the CFSEU. She got it from 6ixAdemiks but the CFSEU confirmed it. I have a lot more to say about this. Something shady is going on here and I'm back in court over it.

I'd like to let this just slide but I can't because it's not right. It's like when John Wayne said “There’s right and there’s wrong. You got to do one or the other. You do the one and you’re living. You do the other and you may be walking around, but you’re dead as a beaver hat.”

This is not going to end well for me but this is the hill that I will die on. When it is over the world will know that a poor man stood for freedom and that a Corporate Empire can bleed.

Naseem is the one that shot Mo in the DTES for Damion Ryan. Mo worked for the Hells Angels. The Hells Angles killed him as soon as he stood up against them. The UN aren't going to kill Naseem's brother because Naseem killed a Hells Angels drug dealer in the DTES. That claim doesn't make sense. It fails the test of believability. Mark my word there's a lot of shady sh*t going on right now and Postmedia News is coming after me to keep it silent. Just sayn.