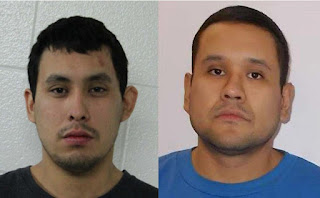 Update: RCMP say suspect found dead, brother still at large. "Damien Sanderson, 31, was found outdoors in a grassy area with visible injuries that are not believed to have been self-inflicted."

Second Update: The main suspect in the recent stabbing rampage in Saskatchewan has died shortly after being captured. AYFKM? "Blackmore said RCMP doesn't yet have a motive for the attacks — and might not ever know exactly why they happened now that Sanderson is dead."

CTV is reporting that "RCMP are searching for two men described as dangerous that they believe are connected to an incident involving multiple random stabbings on the James Smith Cree Nation and Weldon, Sask. early Sunday morning."

The Star Phoenix is reporting that "This is the second time in two years that tragedy has struck the First Nation Nation on Labour Day weekend. In 2021, a manhunt for a lone suspect in a shooting incident who killed two people and injured another ended in an arrest without incident."

It's a bit strange how fast international outlets like the Guardian, BBC and CNN are picking up on this story and that Justin Trudeau tweeted about it instantly. Things that make ya go hmm....

Every crime has a motive. "The attacks took place at 13 different locations on the James Smith Cree Nation and nearby Weldon, northeast of Saskatoon." Somewhat bizarre. When we talk about gun control because that is the WEF agenda, I used to be a chef by trade. Ever since I was 19 I've owned a set of huge kitchen knives. There has never been a time in my entire life when I had a desire to take one of those knives and stab someone with them. Do we ban kitchen knives next or do we allow people to protect themselves instead of relying on the fake news' agenda. 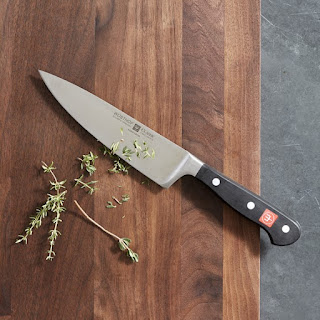 Meanwhile, back on the ranch, Blaire White shows of her custom gun collection for self defense.