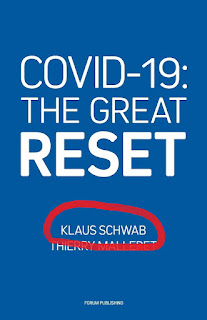 Leslyn Lewis made a blog post explaining that voters concerns about Klaus Schwab and the Great Reset are real. It's not a conspiracy theory. He wrote a book about it. Justin Trudeau was the first politician that we heard promoting this Great Reset and bragging about how Covid was a excellent opportunity for them to enforce their Agenda.

Everyone now knows about the World Economic Forums' quest to take everything we own away from us. They said you'll own nothing and you'll be happy. It comes as no surprise to hear Klaus Schwab brag about the fact that they own Justin Trudeau and most of his Cabinet. They own also Jagmeet Singh as well. These two dirty politicians are entrenched in the Agenda. 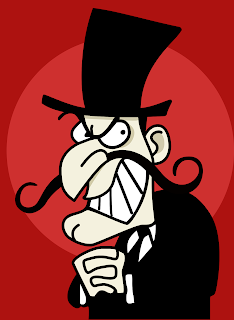 Recently I had a conversation with a church leader who said China isn't Communism. They are way beyond Communism. I heard the came thing from a CUPW Union Rep many years ago. My response is, then what is it because that's what Communism is. This fairy tale about sharing their wealth is a lie with a malicious intent to promote their agenda. We saw it in Cambodia, we saw it in Russia and we saw it in East Berlin. Communism is slavery attained and maintained with lies.

Now I'm not going to say that Capitalism is Freedom because it's not. The WEF is the perfect example. A free market where anyone has the right to start their own business is freedom. That is what Corporate Communism opposes. They oppose small business and the free market in favor of Corporate monopolies that make them rich by exploiting consumers. That's what Stephen Harper and Brian Mulroney promoted and the Reform Party opposed.

We first heard the term New World Order from George Bush who was a Globalist just like his father. George Bush Sr was the one that got the CIA addicted to drug trafficking in Vietnam. Operation Fast and Furious showed us that Iran Contra never stopped. The CIA is an active part of the Great Reset and the New World Order which the mainstream media is now promoting.

Leslyn Lewis has made some recent blog posts about this subject with some very relevant and timely observations. On her post about Conspiracy Theories and the United Nations agenda she states that "The United Nations is fuelling a misinformation campaign that they cleverly disguise as a war on conspiracy theories. The UN’s target is you, the citizen."

"The truth is that global organizations such as the World Health Organization, the World Economic Forum, and the United Nations are working together to transform our way of life. And if you ask any questions about the coordinated changes to our economy, about the new ESG requirements for businesses, about proposed digital IDs and vaccine passports that could be programmed to monitor our purchasing and travel habits, or any other sweeping changes they are ushering in – you will be called a conspiracy theorist and accused of spreading disinformation. And now, our government and global agencies like the United Nations have established shaming mechanisms to deal with those pesky and dangerous questions that the common people in a democracy dare to ask of their elected leaders."

In her post entitled Let's talk about the WEF Leslyn Lewis states that "I have been asked about the World Economic Forum (“the WEF”) at every single campaign event. People are concerned that they are seeing so much of what was dismissed as a conspiracy theory actually manifest over the past two years. Take for example 'The Great Reset', which was never a conspiracy - it was an actual book written by the head of the World Economic Forum, Klaus Schwab, about how to usher in a 'green economy'. We have watched leaders around the globe - like our Prime Minister - operate in lockstep and proclaim that COVID has given us a great opportunity to 'reset' and reimagine our economic and social future."

"When you are told that something is a conspiracy, but you can go online and order the book from Amazon, it makes you distrustful. You wonder what else people are lying to you about. Hearing Klaus Schwab brag that he 'penetrated' the Liberal cabinet was obviously concerning. Whether or not you believe that Schwab actually holds sway over Prime Minister Trudeau and his cabinet, the fact that a foreign businessman thinks he does is greatly concerning."

The truth about Net-Zero states that "Politicians are promising to give you back your freedom, but they aren’t telling you how they are going to do it. Your freedom is not something that any human can grant you. You were born with it, but your freedom can be taken away by your silence to injustice. You get it back by refusing to believe lies, waking up to the pressure being placed on you to give up your rights, and holding your elected officials accountable. You get your freedom when you stand up and say 'NO' to those who want to take it away. They always have a new way, a new lie, a new pressure point. Take 'Net Zero' for example."

"Net Zero sounds like a good idea. Who wouldn’t love a world with no pollution? But have you ever asked your Member of Parliament what it actually means? Almost nobody has, and yet Net Zero policies have contributed to both the recent complete collapse of Sri Lanka and the farmer protests in Holland. Canada is hurtling towards similar policies, and if we continue down this path, the Freedom Convoy will look like a footnote in history compared to the kind of unrest we are headed towards."

"I am an environmentalist. I earned a master’s degree in environmental studies before the term 'climate change' was even used as a political wedge. I am passionate about protecting our planet and especially our beloved nation. But I need to speak up about how unfair Net Zero calculations are, and the impact they are going to have on our economy, and indeed all aspects of life."

I don't think Canadians are angry & resentful toward Politicians over race, gender, & climate change @JustinTrudeau & @cafreeland. People are angry because you're force-feeding divisive policies that have devastated relationships & liveshttps://t.co/EbrYxWUeZ8