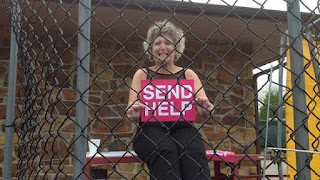 The Indo Canadian Voice is reporting that "Surrey Connect Councillor Jack Hundial, quite apparently realizing that he doesn’t have any chance of being re-elected, has decided to drop out as a Council candidate. Quite recently, Locke’s campaign manager John Cameron also quit. He told the VOICE he was working for another campaign in a different municipality now."

"Hundial has become increasingly unpopular, especially in the South Asian community, for ganging up with Surrey Connect Councillor and mayoral hopeful Brenda Locke to sabotage Mayor Doug McCallum. The two got elected by using McCallum’s Safe Surrey Coalition and then became puppets of the RCMP and started trying to derail the transition to a municipal police force. This was in spite of the fact that they won on Safe Surrey Coalition’s promise to replace the RCMP in Surrey and to build a Surrey Langley SkyTrain."

Posted by Dennis Watson at 3:14 PM