King Charles III Will Carry On With the Great Reset 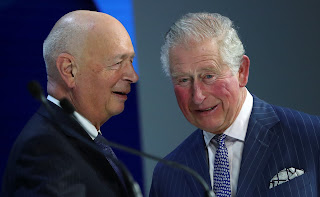 The White Rose is reporting that "Those who are deliberately destroying the earth’s ecosystem with geoengineering are pushing their green agenda while forcing people to believe that it is ordinary citizens who are responsible for climate change.

"According to the Telegraph, King Charles III will ‘continue to champion the environment while on the throne’. In other words, he will continue to spread lies and support the depopulation programme, along with the government’s mad Net Zero plans. All under the guise of protecting the planet." That is somewhat concerning.

I had initially thought that Charles's involvement with Klaus Schwab and the World Economic forum was a simple misunderstanding. If he continues to embrace fake environmentalism and the insane agenda behind it, that would be a clear violation of his oath as King.

Dan Dicks reported "According to Westminster Abbey’s Coronation Service Guide The Sovereign takes an oath, swearing to govern faithfully with justice and mercy, to uphold the Gospel, and to maintain the doctrine and worship of the Church of England. In 1953, for the first time, this part of the ceremony ended with the presentation of a Bible, To keep your Majesty ever mindful of the Law and Gospel of God as the rule for the whole life and government of Christian princes."

There's nothing wrong with that oath. It's like the Masonic oath. Freemasons promise to keep lawful secrets they don't promise to keep the crimes of other Freemasons secret. Oh did I go there? I guess I did. After quoting that wonderful oath the King makes, Dan Dicks then declares that King George's "grandfather King George VI was a staunch freemason taking part in countless rituals that go against everything the Gospel stands for." That statement is crazy.

It's amazing how many raging lunatics there are out there trash talking Freemasonry when they have never been through the ritual and have absolutely no idea what they are talking about. They are just quoting hearsay which is false. My grandfather was a Freemason. That doesn't mean I'm going to break any covenants to uphold the law. I was a Freemason. I know what oaths are involved in becoming one and I stand as a witness to declare that there is absolutely nothing within Freemasonry that contradicts the King's oath. To claim otherwise is a bold faced lie.

Freemasons believe in God. That's what the G stands for. The G doesn't stand for Satan, Lucifer or Beelzebub. It stands for God. The Great Architect of the universe. The Grand Geometrician so to speak. These erroneous claims are akin to the false belief that the Royal Family are a lizard race of aliens. It is mentally deranged. It is also a distraction from the truth.

Charles' involvement with fake environmentalism is the concern we must address. 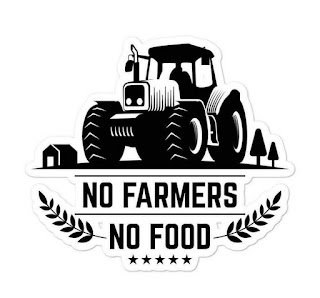