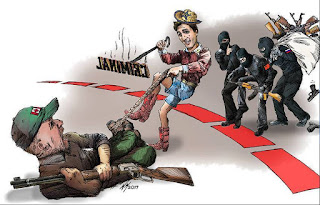 Macleans is reporting that "The withdrawal of $475,000 in cash by the man who killed 22 Nova Scotians in April matches the method the RCMP uses to send money to confidential informants and agents, sources say. Gabriel Wortman, who is responsible for the largest mass killing in Canadian history, withdrew the money from a Brink’s depot in Dartmouth, N.S., on March 30, stashing a carryall filled with hundred-dollar bills in the trunk of his car."

"According to a source close to the police investigation the money came from CIBC Intria, a subsidiary of the chartered bank that handles currency transactions. Sources in both banking and the RCMP say the transaction is consistent with how the RCMP funnels money to its confidential informants and agents, and is not an option available to private banking customers. The RCMP has repeatedly said that it had no special relationship with Wortman."

So what do we learn from this? The mysterious money that the police claim was deposited in Wortman's account came from the RCMP. Wortman wasn't the shooter. He was set up and executed. That is why the police did not notify the public it was someone dressed like a police officer shooting people. "The RCMP Operations Manual, a copy of which was obtained by Maclean’s, authorizes the force to mislead all but the courts in order to conceal the identity of confidential informants and agent sources." Including Blackwater.

Rural shooting in Nova Scotia didn't have a motive 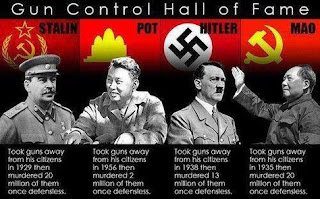 This previous press release the police sent out to the media tried to claim that Gabriel Wortman got his illegal guns from the Hells Angels. That is ridiculous. He was a mild mannered good Samaritan denturist. The Hells Angels would not sell him guns because he was not working for them and selling drugs for them. The Hells Angels aren't going to sell guns to some random lunatic to commit a mass shooting. That's not their MO.

The Hells Angles are shrewd businessmen. If they sell you a gun and you do something stupid with it to bring the heat on them, you will face hash discipline for doing so. Gabe Wortman did not work for the Hells Angels nor did he have a relationship of trust built up with them. They do not do business with people they do not trust.

"However, according to one law-enforcement source, Wortman often spent time with Hells Angels, and he had at least one associate with links to organized crime." According to one law enforcement source who has been authorized to lie to the media. "Sources say he was friendly with Peter Alan Griffon, a Portapique neighbor linked to a Mexican drug cartel." That is ridiculous.

"Officers are struck by a speeding ticket the RCMP issued Wortman at 5:58 pm on Feb. 12, 2020, on Portapique Beach Road. Wortman was driving one of the former police vehicles in his collection. At the time the ticket was issued, the RCMP was in the midst of undertaking multiple arrests of Hell’s Angels and their associates in Halifax and New Brunswick. Officers speculate that if Wortman was a confidential informant that his cover had been blown." Nope.

There's still no motive. If Gabe Wortman was an under cover police agent investigating the Hells Angels and his cover was blown, why would he shoot 22 random people? There is no motive yet every crime has a motive. Again, the only motive for these murders is Justin Trudeau's gun control targeting long guns in accordance with his UN's Communist agenda.

Posted by Dennis Watson at 3:03 AM