CTV is reporting that "Quebec provincial police said they dismantled a synthetic drug laboratory in Danville in the Eastern Townships of Quebec on Saturday. The bust comes a day after four suspects were arrested in Danville, Montreal and Terrebonne."

"We know that these people are suspected of being important players in a structured network that produced and sold a large quantity of methamphetamines on a regular basis,'' said Surete du Quebec spokesman Stéphane Tremblay. More than $90,000 in cash, several firearms, several kilograms of methamphetamines and one kilogram of cocaine were seized in the raid." 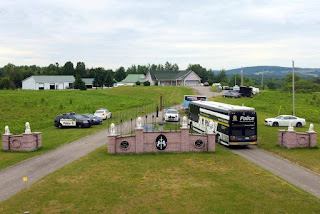 Every province except BC targets drug trafficking. Do the math.