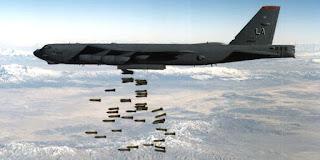 Rachel Blevins has made an important observation regarding the New York Times' false allegations about Russia. "We have yet to see evidence that Russia was trying to keep the war in Afghanistan going, at a time when the US had ramped up its bombing campaign at levels we hadn’t seen in a decade, and it was actively killing more civilians than the Taliban."

Once again the CIA is the root of all evil. So the CIA sends the New York Times a false report to try and distract the world from the fact that US bombing in Afghanistan has reached record levels killing a record number of civilians. Let's rewind and fast forward.

The reason we were told Afghanistan was invaded was because they did 9/11. Not. The Bin Laden confession video didn't even look like Bin Laden. They "found" Bin Laden in Pakistan not Afghanistan. The 9/11 terrorists came in from Saudi Arabia after the CIA over ruled the denial of their visas. The real reason for the invasion of Afghanistan was for the opium and the pipeline.

Maxime Bernier told his girlfriend that the invasion of Afghanistan had nothing to do with terrorism. It was about control of the opium trade. That is believable because Afghanistan was the largest producers of opium in the world until the Taliban brought opium production to a grinding halt. After the invasion,. Afghanistan returned to being the world's largest producer of opium and US troops were openly protecting opium fields. They rationalized that insanity by claiming if they didn't do it the Taliban would which was a bold faced lie. The Taliban were the ones that brought opium production to a halt. The CIA restored their opium production network through the invasion.

Before 9/11 the Texas oil barons were wining and dining the Taliban trying to win the contract for the Afgan pipeline. The Taliban decided to award the contract to a firm in Argentina. Then 9/11 happened, Afghanistan was invaded and the contract for the pipeline was given by to an American firm which has since been abandoned due to political instability. That's why they continue their bombing campaign. To get the original pipeline back on track. 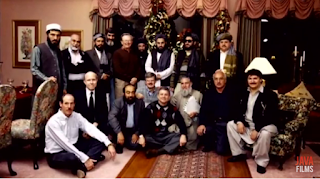