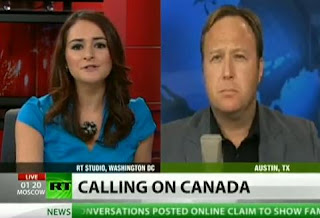 In an interview about the Harper government trolling the Internet, Alex Jone made a comment about opium in Afghanistan. The commentator asked him to get back on topic but I think we should visit what he said because I think it is significant since it applies to politics and organized crime.

Alex Jones claimed Fox news admitted "Yeah our troops helped grow the opium in Afghanistan and they helped ship it out but if we don't grow it the Taliban will get it and then they'll make the money off it." Sure enough, Alex Jones was right and Fox news did admit it. Hey, isn't Oliver North a Fox news corespondent? Isn't that ironic.

Soldiers ignore and encourage the farmers. "If the US burned their crops, farmers would blame the US for their poverty and turn toward the Taliban."

"If we secure them getting a good harvest, now they're gonna get paid for all their hard work and then we can deal with trafficking afterwards." That is the new US policy. After farmers get paid try to capture drug traffickers. These troops have confiscated ten thousand pounds of opium before the profit reached the Taliban. 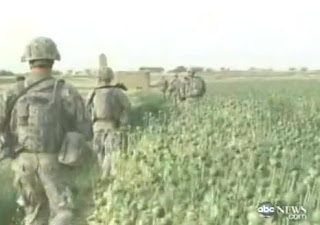 This would support Julie Couillard's claim that Maxime Bernier told her that “the war in Afghanistan has nothing to do with building democracy in that country but has to do with the global control of the opium trade. It’s a drug war.”