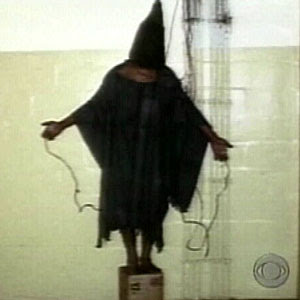 Kim Bolan wrote an excellent article about a Port Coquitlam man who has been accused of torture in Serbia. He later denied it but a witness has submitted testimony to court.

I have no doubt atrocities were committed in Serbia and Bosnia. That situation was what inspired James Blunt's song No Bravery. He actually served with the British Military there and did a video blog about it. I hadn't realized he disobeyed an order from an American General to fire on Russian troops.

The thing I want to know is if we are going to revoke someone's citizenship because they were accused of torturing people in the past, are we also going to revoke Stephen Harper and Peter McKay's citizenship since they knowingly and deliberately hid the fact that their government was fully aware of Canadian prisoners being tortured in Afghanistan. Not only were they caught covering up the fact that they knew about it, but they also fired the whistle blower who exposed it. That's just plain illegal.

And since we're talking about torture, why did we let George Bush into the country? He not only was fully aware of the torture going on at Guantanamo bay, he actually vetoed the bill that would have stopped it. You can get any more war criminal than that.