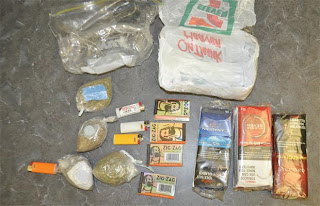 A correctional officer at an Edmonton jail has been charged as a result of allegations that he smuggled drugs to inmates in the facility.

In November 2010, staff from the Edmonton Remand Centre notified Edmonton police about drugs making their way into the centre, prompting an investigation by the police’s drug and gang unit that led to the arrest of James Brian Johnstone, a 21-year-old correctional officer, and five others.