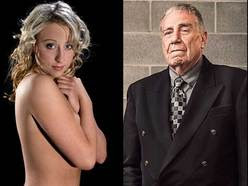 Bruce (the John) Carson brought a prostitute and money launderer to a gathering at Sussex drive. According to APTN, Khan was an escort at the time she met Carson.

Before Carson proposed to Michele McPherson, (the 22 year old escort he was caught funneling government contract funds to) he was involved with another prostitute, Barbara Lynn Khan, a woman who was convicted and served time in the U.S. for money laundering after authorities alleged she ran a prostitution ring before being deported back to Canada.

Property records obtained by The Canadian Press show Khan and Carson paid $400,000 in November 2009 for a condominium in downtown Ottawa. Khan apparently still lives there, although she and Carson have reportedly separated.