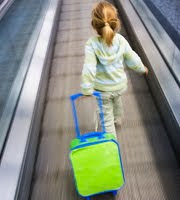 Twelve soldiers assigned to combat drug trafficking in the Dominican Republic have been arrested in an alleged scheme to smuggle cocaine to Canada in a child's suitcase, a prosecutor said Monday.

Eight of the soldiers, including a lieutenant colonel and captain, were detailed to the national anti-drug agency at the airport in Puerto Plata while four were assigned to security duties at the airport terminal, said prosecutor Elvis Garcia. Two civilians who work there were also arrested.

A judge ordered all the suspects held pending an investigation into charges of drug smuggling, Garcia said.

The arrests stem from the discovery on March 23 of more than 33 kilograms (73 pounds) of cocaine in a child's suitcase. The girl was travelling with her parents and sister from Puerto Plata, about 240 kilometres (150 miles) north of Santo Domingo, to Toronto.