The Russian Mob and the East Van Hells Angels 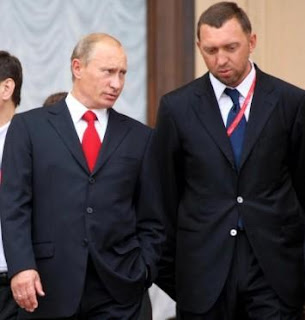 Some of the names of those involved are John Ramon (Ray) Ginnetti, a local stockbroker and known associate of the Hells Angels murdered in his own home, Cuban national Jose Raul Perez-Valdez who admitted he committed the contract killing of Ginnetti. Russian born gangster Sergey Filonov who was gunned down outside Tev Deeleys a week after Ginnetti was murdered. Mirislov Michal and Shannon Aldrich were charged in Filonov's murder. It's a complicated web but the one common thread that runs through it is the involvement of the Hells Angels.

The man who carried out the execution-style killing of a West Vancouver stockbroker almost 15 years ago has plead guilty to second-degree murder and now faces life in prison, likely with no chance of parole for 15 years.

Cuban national Jose Raul Perez-Valdez admitted Friday he committed the contract killing of John Ramon (Ray) Ginnetti, a local stockbroker and known associate of the Hells Angels who was found dead in his West Vancouver home in May 1990 with a single bullet in his head.

The hit was allegedly ordered by Ginnetti's one-time bodyguard and
underworld enforcer Roger Daggitt, who is said to have received
instructions about the murder from others who have yet to be caught.

Daggitt, who is also believed to have had connections to the Hells Angels, died in October 1992 when he was shot three times in the back of the head while inside the Turf Hotel in Surrey. Montreal contract killer Serge Robin later pleaded guilty to the murder.

Daggitt, once described in court as a top enforcer for the Hells Angels. Reiner told the court Perez-Valdez was hired for $30,000 to kill Ginnetti by Roger Daggitt. Reiner described Daggitt as a one-time friend of Ginnetti, who had had a falling out with him.

Kinda like how Hells Angels attended Rusty's funeral back east when they are the prime suspects in his murder. The killed Ernie Ozolins and attended his funeral too. A complicated web of lies and betrayal indeed. That is the real rat's nest.