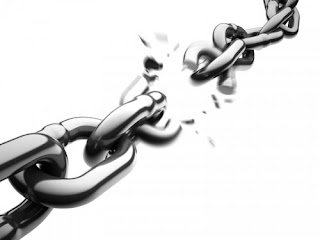 I must say the turn in the tide with the Canadian election is refreshing. However, the key thing to remember is whoever gets elected the public still needs to be vigilant and involved in the ongoing democratic process.

The Reform party used to talk about holding referendums on political issues and poling the public to make decisions. That would be the ultimate in democratic government. Harper does the opposite. He spends huge amounts of tax dollars to brain wash the public trying to convince them how they should vote on an issue. Just like Gordon Campbell did. I do believe that if the public expressed a concern about an issue the NDP would listen to them if they were elected. Unlike Harper or Mulroney who would railroad right over them.

The stereotypes are starting to become less believable. Everyone preaches hell fire and claims the sky will fall if the NDP get elected because they will spend recklessly and raise taxes. Yet that is exactly what Stephen Harper did. Bush added trillions to their debt in the states because he was a supporter of large corporations not small business including the business of war.

Obama has raised a good point. There seems to be an ongoing controversy over Obama's place of birth. He joked about how significant that issue has become on the Internet when they are trying to make some pretty important steps for the American people in their budget debates. He pointed out that despite the fact that they posted his real birth certificate on the Internet as well as sworn affidavits from people who state they saw the real birth certificate confirming he was born in Hawaii, malicious minds still perpetuate the false rumor that he was born somewhere else.

There are legitimate concerns about letting ourselves be controlled and governed by large corporations who restrict our sovereignty and reduce our democracy while they loudly preach about freedom in the process. Free trade is fine but signing trade agreements that give up our democratic rights is not and is clearly what's on the table.

Applying the concept of public vigilance to addressing crime and the Vancouver gang war we need to realize whoever gets elected and whatever laws are in place, we need to report crime or else nothing will change.

Posted by Dennis Watson at 2:33 PM