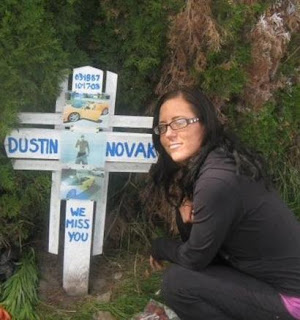 Castanet ran an article about Britney Irving one year after her murder. The day before she was murdered, her boyfriend said she told him she was going to meet someone that is a real bad person.

The question that I have is how could she be referring to Joey Verma, the one charged with her murder? Joey was bad but was more of an idiot. He was a low leve drug dealer. Hardly the type of person that would generate fear in anyone.

In fact if, Brittney was selling pot to supply her Oxy habit, then surely she had done business with Joey before. Wouldn't she be concerned if she was meeting a supplier further up the food chain so to speak?

Despite Dale Habib's alleged cross dressing, he tends to have more of a reputation for being a very bad person after charges were dropped against him in the Kuntz murder. Kuntz was murdered because someone owed him money for a car lease. All three people convicted of committing the murder testified in court that Dale was the one that hired them but charges against Dale were stayed. The people that committed the Kuntz murder were convicted but the person who ordered the hit wasn't.

May Brittney and Geoff Meisner both Rest in Peace.

Email ThisBlogThis!Share to TwitterShare to FacebookShare to Pinterest
Labels: Kelowna