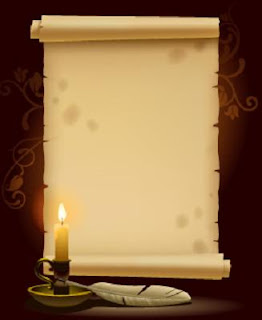 Well I sure got punked on that fake April fools news report about the gas going up 30 cents a litre overnight. I knew the price of oil per barrel didn't warrant that kind of an increase in gas at the pump. It just goes to show you you can't believe everything you read in the media.

Since I've discovered so many things about Stephen Harper's abandonment of democracy, I've started a new blog and will put the political stuff on that and leave this blog for gang related issues. Political corruption clearly does fall within the realms of organized crime but there is so much on Harper it really needs it's own blog.

Many people hate politics. Understandably so. Yet Hitler was elected with 51% of the vote. We can't criticize Germany for being fooled by Hitler if we refuse to examine our own leaders.

The new blog is entitled It's not Harper's Government which sets the theme of looking at the many ways Stephen Harper has embarked down a road of dishonesty that leads us very far away from democracy and fiscal accountability.

Chuck Cadman was an activist from Surrey who started a group called CRY - Crime Responsibility and Youth after his teenage son Jesse was senselessly murdered by young offenders. He successfully lobbied to have the laws changed such that in some cases for violent crime like murder, young offenders could be tried as adults.

It's disappointing his wife Donna didn't run as an independent. It was shocking to see she caved in to them and ran for them in a subsequent election. No doubt it was easier for her to have access to all the Conservative campaign funds for signs and what not. Nevertheless a vote for Donna Cadman right now is a vote for the people who tried to bribe her husband. Not only that, it's a vote for Pandora's box of mean spirited politics that abandons democracy and public accountability.

Clearly our judicial system needs help in BC. However, I'm not prepared to throw out our Charter of Rights to fix that broken system which isn't inherently broken, just a bit mixed up. Minor course corrections are needed, not a Patriot Act which removes individual rights.

Yes we are suffering from Paul Martin's appointment of Peter Leask to the bench. Yet the Harper government appointed a Hells Angels lawyer to the bench in Quebec. One could argue that Paul Martin didn't realize what an idiot Peter Leask would turn out to be once he became a judge. One cannot argue that Stephen Harper did not know the president of the Conservative party was a lawyer who had represented the Hells Angels. That brings us once again to the opium in Afghanistan...

But before we look at the opium in Afghanistan, let's remember the current financial sate of the Country. Harper is pushing for the HST - a "Harmonized Sales Tax" that taxes things which are normally tax exempt. Our prisons are currently overcrowded as is even with our crappy judicial system. If we are going to take steps to improve the state of the prisons and the state of our crappy judicial system, we need to take those steps one at a time and avoid huge sweeping extremism.

Harper hiding the costs of his over reaching crime bill is not only illegal and undemocratic, it is fiscally irresponsible. George Bush added trillions to the national debt. We need to rise above name calling and silly stereotypes that are no longer believable if we are going to move forward as a nation. Harper calling everyone who disagrees with him Separatists and Socialists is absurd and counter productive aside from being completely untrue.