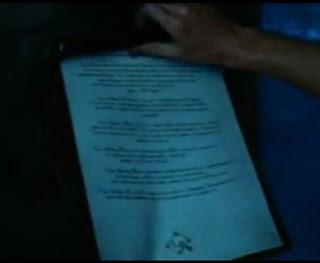 I think it's time to start making a list of what we know. The East Van Hells Angels documentary and Neil Hall's new book have inspired me. I used to know a lawyer in Surrey that would say hearsay evidence is not admissible. Much. Hearsay evidence may be admitted. It's just the merit it has is completely up to the discretion of the judge.

When a contract killer confesses to a murder and he states in court the Hells Angels hired him to commit the murder, that certainly is not conclusive but it certainly does have merit.

At the trial of contract killer Mickie (Phil) Smith the court was told one of his murders was done for the East Vancouver chapter of the Hells Angels. Smith killed Paul Percy Soluk at a crack house in Surrey and said a man he called Yurik helped him chop up and dispose of the body. Smith said "Yurik's not an Angel but he works with the Angels. I know he's done a lot of hits." Paul Soluk was killed in 1999.

Christmas in Vancouver 1995, Eugene and Michele Uyeyama were murdered. Bobby Moyes, the hired hit man said in court that Salvatore Ciancio asked him for a favour: kill Eugene Uyeyama because he was believed to be a "rat" I.E. a police informant after a large cocaine bust tied to the Hells Angels. In my Christmas Epiphany last year, it was my submission that the wrapped gifts of gasoline from the boys meant the Hells angels. Salvatore Ciancio was working with Hells Angels associate Tony Terezakis.

May 1990 John Ramon (Ray) Ginnetti, a local stockbroker and known associate of the Hells Angels was murdered in his own home. Cuban national Jose Raul Perez-Valdez admitted he committed the contract killing. The hit was allegedly ordered by Ginnetti's one-time bodyguard and underworld enforcer Roger Daggitt, who is said to have received instructions about the murder from others who have yet to be caught.

Daggitt, who is also believed to have had connections to the Hells Angels, died in October 1992 when he was shot three times in the back of the head while inside the Turf Hotel in Surrey. Montreal contract killer Serge Robin later pleaded guilty to the murder.

Daggitt, once described in court as a top enforcer for the Hells Angels. Reiner told the court Perez-Valdez was hired for $30,000 to kill Ginnetti by Roger Daggitt. Reiner described Daggitt as a one-time friend of Ginnetti, who had had a falling out with him.

In Canada it all started with the Lennoxville massacre in Quebec. Normand "Biff" Hamel was a Hells Angels prospect who watched them murder his sponsors. Instead of being outraged, he seized the opportunity to get his patch along with his friend Mom Boucher. They received their patch after the Death Riders betrayal, murder and take over.

Then there was Danny Kane and Jeffrey Lynds. That's not even touching Serge Quesnal or Gerald Gallant who were involved in the Quebec biker wars murdering rivals.

Don't get me started on Kelowna, Kamloops, Prince George and Dawson Creek. When you think about it, the Hells Angels have not been in Vancouver for very long - not until 1983. In that short time they have been responsible for many murders. Many of their own.

In fact, on of the Montreal murders, Louis Cartier, was arrested in Kelowna B.C. back in 2006. Kelowna. Imagine that.