Daniel Uneputty is the president of the Amsterdam Hells Angels. Another guy with a fat ass fairing. I don't understand what the appeal is for huge fairings. You might as well drive a car.

Uneputty has been president of the chapter since September 21 2004 after they kicked out the founder and former president Willem van Boxtel aka Big William. 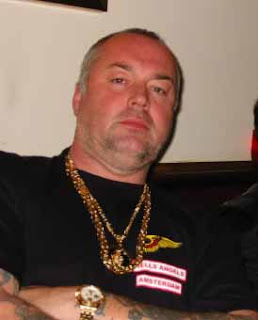 It's kind of a complicated matter even without trying to translate news articles. They say Big William was kicked out for allegedly accepting a contract to kill a large criminal who did business with the Hells Angels.

OK let's back up a bit. Willem Endstra was a real estate agent who was accused of laundering drug money. It was said that he was being extorted by William Holleeder. A criminal bad boy who kidnapped the heir of Heineken. I kid you not. He kidnapped the heir of Heineken and held him for ransom. Is nothing sacred? That's almost as bad as kidnapping the Guinness family. It's in bad taste. It's a low life petty thief kind of thing to do.

The story goes Endstra had enough and hired the Hells Angels to kill Holleeder. Some say Big William accepted the contract, other say he didn't. The contract itself was conflicted. The claim is that the plot involved planting a bomb in a Hells Angel facility and blow him up there were other Hells Angels might have been hurt. Like they've never done that before. 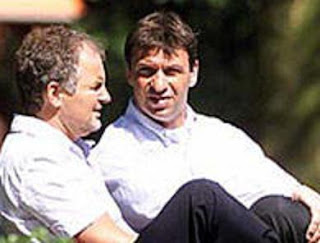 From the way I see it, it looks like the beef arises because Holleeder was bigger than Endstra and they were afraid of him. Yes afraid. So the back stabbing weasels betrayed one of their own instead of doing the deed and taking out a high level bad guy. It is more likely that Holleeder got wind of the contract and the rest of the chapter panicked.

It comes as no surprise to hear Amsterdam's Red Light district has gone down the toiletcr account. Thanks! after the Hells Angels slimmed their way into the drug and prostitution market there. The Hells Angels purchased the Yab Yum brothel worth 9 million Euros for 1.8 million. The Hells Angel in charge of Yab Yum was affiliated with Willem Holleeder. Come on people. The idiot rides a vespa:

Thr top photo is from ShuReD's Flicr account. Thanks!