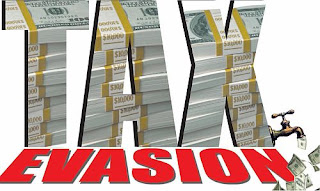 Aside from being a con artist and a complete whack job, the amount of income tax Donald Trump pays is absolutely criminal. In 1990, the Pulitzer Prize-winning journalist David Cay Johnston studied the Trump accounts and claimed that while Trump claimed to be worth $1.4bn, he actually owed $600m more than he owned and you and I were worth more than him. His current wealth is not known, but he claims he is worth more than $2.7bn.

Johnston studied four of Trump’s recent tax returns, and found he legally paid no taxes in two of them. In America today, a janitor can pay more income tax than Donald Trump – and the Republicans regard that not as a source of shame, but of pride. This is the problem.

I am the first one to admit too much corporate tax is not a good thing, but no tax for the exceedingly wealthy is a crime. That's all there is to it. What ever happened to those roll up your sleeves and get to work slogans like ask not what your country can do for you, ask what you can do for your country. Paying a decent tax is a civic duty. Render unto Caesar and what not. Tax evasion is a serious crime. Creating legal loop holes for the wealthy to evade taxes all together is worse.