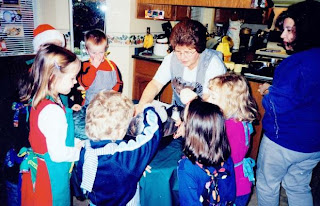 This story doesn't involved gangs or drugs but it is a crime. A heinous one at that. It is a case of domestic violence. Surrey grandmother Maria Catroppa was stabbed 126 times in the Fleetwood townhouse she shared with her second husband, Sebastiano Damin.

The husband, Sebastiano Damin has confessed to the murder. He said his wife was wanting to end their 11 year marriage and told him it was over. So he snapped and stabbed her 126 times. An autopsy revealed 51 stab wounds to the 69-year-old woman's head and neck, 69 to her torso, five to her arms and one to her thigh. Damin was 74 at the time.

That is absolutely bizarre. Stabbed 126 times, 51 times to the head and neck area. That is deranged. And I'm not talking let the guy off for not being of sound mind like we did the guy that decapitated the guy in the greyhound bus. I'm just saying stabbing anyone 126 times is sick especially when it was a case of domestic violence.

It doesn't take a feminist to realize that kind of violence against anyone not to mention women is wrong. Time Magazine wrote a powerful article about domestic violence in Afghanistan. After reading about one case where a man cut off his wife's nose after she threatened to leave him a female friend of mine said she was ready to take a gun and kill all the men in Afghanistan.

No doubt some cultures have some pretty backward views about gender equality. Yet here we have a case in our own town of an equally if not worse case of domestic violence. I don't know what to say other than it is a very sad horrific autrocity. No doubt Maria Catroppa is in a better place and Sebastiano Damin will not be with her or her family in the eternities.